Following on from my previous post on Feedback from questionnaire I have since composed some split pie charts to compare the results of how people considered themselves to be a individual and a concious being, to how people compared an AI to an individual and conscious being. I chose these questions to look at in more detail as these results initially sprung out at me which I found quite interesting.

Just to recap below are the results from 26 people that took part in the questionnaire: 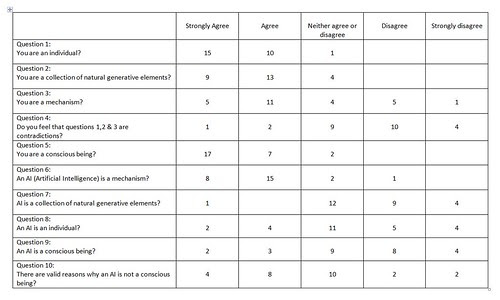 In Fig 1 (below) I have compiled a split pie chart breakdown. I have added the agree 38% and strongly agree 58% results together, totalling 96%. It appears that the majority of people think they are an individual, though 20% more, strongly agree than others.
Fig 1: 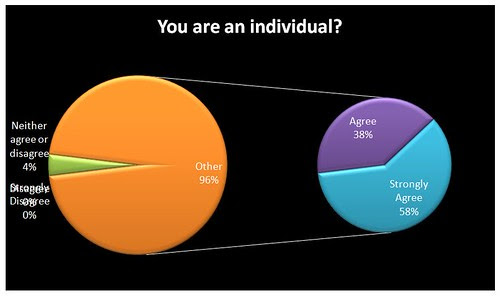 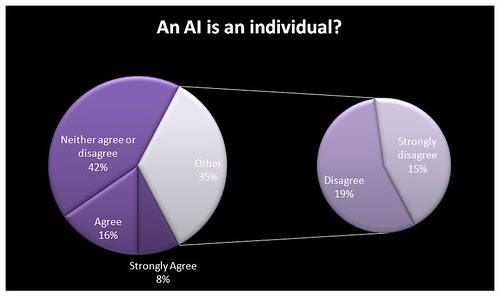 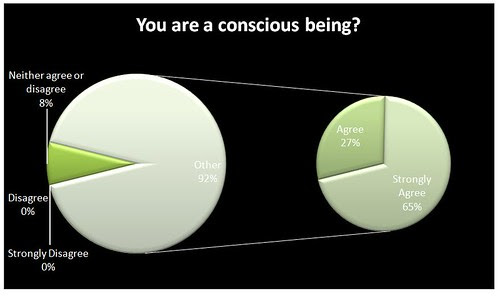 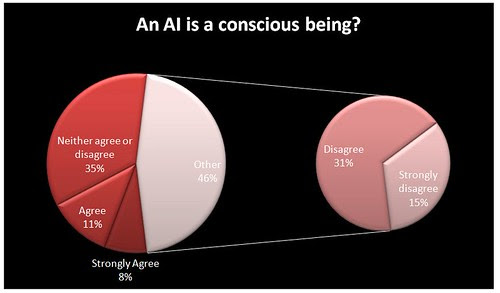 So basically the majority of people that took part in this questionnaire think they are an individual and a conscious being?  However it was quite interesting to see the results when referring these same questions about an AI, as on the whole most people neither agree or disagreed, which I found interesting.

While it's good to see these results on a chart, I do personally think qualitative research is more fascinating as I like to know people's thoughts behind their answers.  I was so pleased that some people did  feel the need to make comments, and I hope people will also do this at the show too, which is coming up very soon. Here's a link to the MA Show

I'm so glad Data from Star Trek in the episode Measure of a Man was not on trial with these results :-)

In my next post I will do a breakdown of the rest of the questions.