Will Wright and Brian Eno: Play with Time.

The Beauty of Chaos

Something both wonderful and sad happened this week. I began seeing patterns much more prominent and awe inspiring than ever before. I found myself just staring at things, and became completely fascinated with a fractural cauliflower (well that’s what I called it) that I didn’t even want to eat because of its swirling complicated patterns and intense beauty. 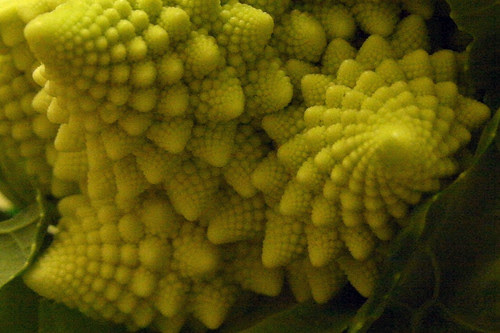 I also watched some amazing cloud formations and tripped over a recycling bin whilst taking photos, due to being totally absorbed. I seemed to be noticing the magnificence of nature in so much more detail more than usual! 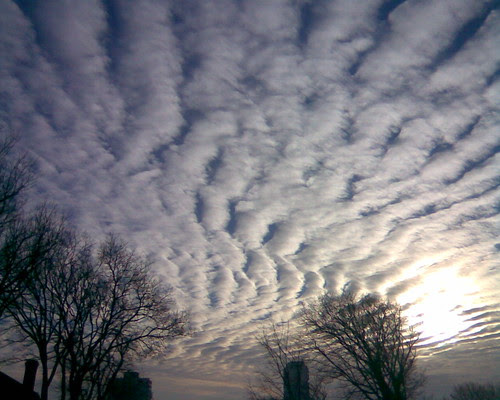 The sad part was the vote on the rise in tuition fees that was passed :-( I felt so sorry for the future generations of students wanting to study and not being able to, due to the high costs and huge debts they will face. At the moment this country seems to be going downhill fast, and I can only see things getting more chaotic. Due to thinking about this I stumbled across a book: Chaos Theory Tamed, by Garnett P. Williams. I started reading some of it, but then one thing led to another and before I knew it found a video on Chaos Theory on the internet, called: The Secret Life of Chaos. This had an amazing effect on me it was as if everything that I’d recently been thinking about this week had been put together in a video. Even the fractural cauliflower was in it, and I found out it’s either called a Romanesco Broccoli or a Roman Cauliflower. The video below is an excerpt from the documentary talking about Benoit Mandelbrot a mathematician. This clip explores how natural fractals in the world, form the shapes of mountains, coastlines and river basins; the structures of plants, blood vessels and lungs. It's a really fascinating documentary.

The second link explains how to define a research investigation : Click Here


I have also been looking at MADA blogs from previous students. Jonathan recommended these a while back and they are both really good:

Last week I ordered a book called: Getting started with Processing by Casey Reas and Ben Fry. It hasn’t arrived yet, but hopefully now that the snow has thawed it will turn up soon. During the chat session Osiris mentioned that he thought it would be possible to learn Processing in approximately 2 months. I was really pleased to hear this. Andy also mentioned that Processing is actually a Java based programme – it uses the Java runtime engine on the PC. Plus I found out that OOP stands for Object Oriented Programming: Click Here

In addition I got some feedback about my Generative Characters and Critique Videos from the group. All was good. This was a relief as I was slightly concerned someone may be offended :-)
Posted by Kay Johns at 21:21 No comments: