I had planned to use either clear PVC or large bubbled bubble wrap to make the cover of the dome, but both these materials encountered some problems. Firstly I found the clear PVC fabric a little too heavy for the structure and aesthetically it didn't look very good either. Next I tried the bubble wrap, but due to only being able to buy this type of  bubble wrap 100cm wide, this meant that there would have to be more seams which I didn't think would look very good either. For this to work it would have had to have been 200cm wide so there were only seam lines where the poles were. I did  a couple of quick experiments throwing over the bubble wrap to get an idea, but I knew this wouldn't work aesthetically due to the seams, but having said that my fighty bity friend in the photo does enhance the bubble wrap :-) 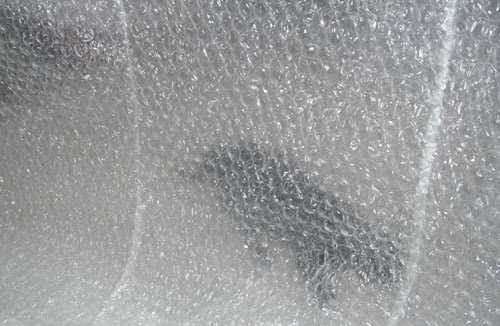 I also tried experimenting with a decorating sheet to get an idea of the  lightness of fabric that I would require. Again my cute little friend being inside makes this look much better  :-) 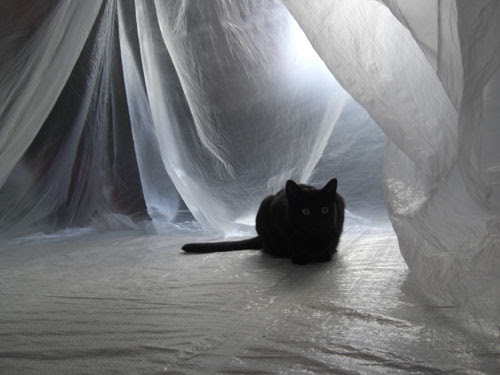 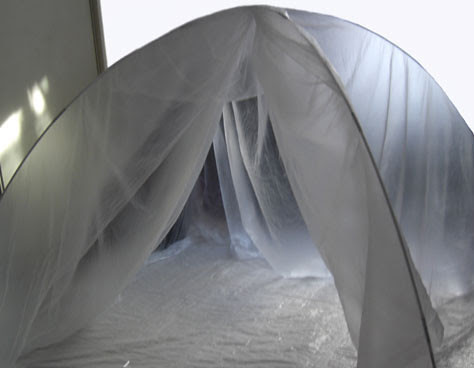 While I did like the ephemeral nature of this fabric I also knew this wasn't the right fabric that I was after either. However I found it interesting to watch this fabric moving outside in the breeze. Below is a short video clip of the fabric moving: