This week my new great nephew arrived into this world :-) I made a cast of his little feet and took some photos. 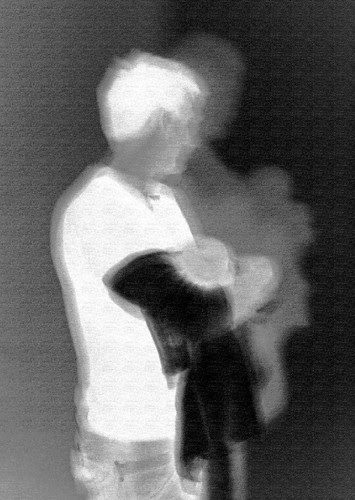 While this photo isn't part of my studio practise as such, the shadows made me think about previous family generations and how different and unique people are.

The same day I also began recording sounds of people breathing. I  previously had been having ideas for an installation whilst writing my research paper, but I had to put this on hold until now. I began by asking a few friends and family members if I could record their breathing. This was quite fun and it was so tricky for people to breath into a recording device without me making them laugh, so I had to disappear while they did this :-)

This will be an ongoing process for a while. I will be gathering the breathing sounds of people and also collecting some of their breathe in balloons.
Posted by Kay Johns at 21:40